How Fake Reviews Hurt Us

Here’s a conundrum of the digital age: It’s now possible and valuable to evaluate the feedback of others before buying a product, trying a restaurant or booking a hotel. But the growing ability to manipulate that feedback makes it hard to have faith.

We have more information than ever but may be more poorly informed.

A recent academic research paper examined the prevalence of paid customer reviews on Amazon, and how the company and shoppers responded to them. The researchers found that Amazon is deleting a large share of ratings for which merchants paid, as these violate the company’s rules. But in most instances Amazon didn’t act fast enough, so people were still influenced by the bogus reviews.

Customer ratings heavily influence what people buy online. This research suggests that Amazon could be doing more to ensure the credibility of reviews, and that we need to be even more skeptical shoppers.

Two of the paper’s authors, Brett Hollenbeck and Sherry He, talked me through how they combed groups on Facebook where merchants solicit glowing reviews on their Amazon merchandise, typically in exchange for a free product, cash or other incentives. Over nine months, their team tracked about 1,500 products with solicited reviews.

The research found these paid-for reviews worked, to a point. The average rating and sales of the products increased, but only for a week or two before ratings fell as soon as merchants stopped buying reviews. It was often still financially worthwhile for the merchants, they said.

An Amazon representative told me that the company devotes significant resources to rooting out and preventing inauthentic reviews, and that it catches many before they ever appear on its site.

The researchers found that Amazon eventually deleted roughly one-third of the bogus reviews, but typically only after an average lag of more than 100 days. Long before then, unhappy customers left a significant number of one-star reviews, a sign that they didn’t like what they bought and possibly even felt deceived by it.

Previous investigations and analyses have examined the cottage industry of bogus Amazon product reviews. This research is different in spotlighting Amazon’s response.

It’s impossible to catch all bad actors. But the fact that Amazon eventually deletes a significant portion of bought-off reviews shows that the company is able to spot inauthentic ones but doesn’t have the resources or doesn’t care enough to catch them before the damage is done. 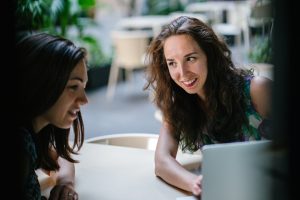